How a Family-Owned Business Became a Family of Owners

Sure, bosses will tell you how important their employees are to their companies. But in 1959, the year Hawaii became a state, HPM President and CEO Bobby Fujimoto decided to establish an employee profit-sharing plan.


He took a proud and iconic family-owned company and converted it into a family of company owners.

In 2006, HPM achieved the rare distinction of being 100% employee-owned. Today, many of its roughly 400 workers, now Owner-Employees, will tell you what it means to them.

“The profits we earn take care of each other’s families, just as it did with the generations before and hopefully multiple ones ahead.”

Kehau Amorin, HPM Home Design Center Director, employed with the company since April 2020, said being an Owner-Employee is important to her. “In the end, all the contributions you make, big or small, are super important to the success of who we are.”

Michael Fujimoto recalled that creating an employee stock ownership program was one of his first assignments after he accepted his father’s offer to enter the family business in 1977. It was only about three years after Congress passed a series of laws that encouraged companies to create ESOPs.

“He really felt strongly that besides pension plans and the profit sharing plans that we’d had, that really wanted our employees to share the benefits of ownership,” Michael said.

In 2006, after Michael succeeded his dad as President and CEO, HPM went from 46% employee ownership to 100%.

Employees in the United States go to their jobs every day at an estimated 30 million companies. Only 6,500 of those companies are ESOP operations.

Jason Fujimoto applauded the move to employee ownership taken by his grandfather and his father to take an historic, family-owned company and convert into a company that’s owned by a family.

“We take care of our team, and our team takes care of our customers,” Jason said. “And as we grow into a statewide building supplier, our success continues to be a shared success. 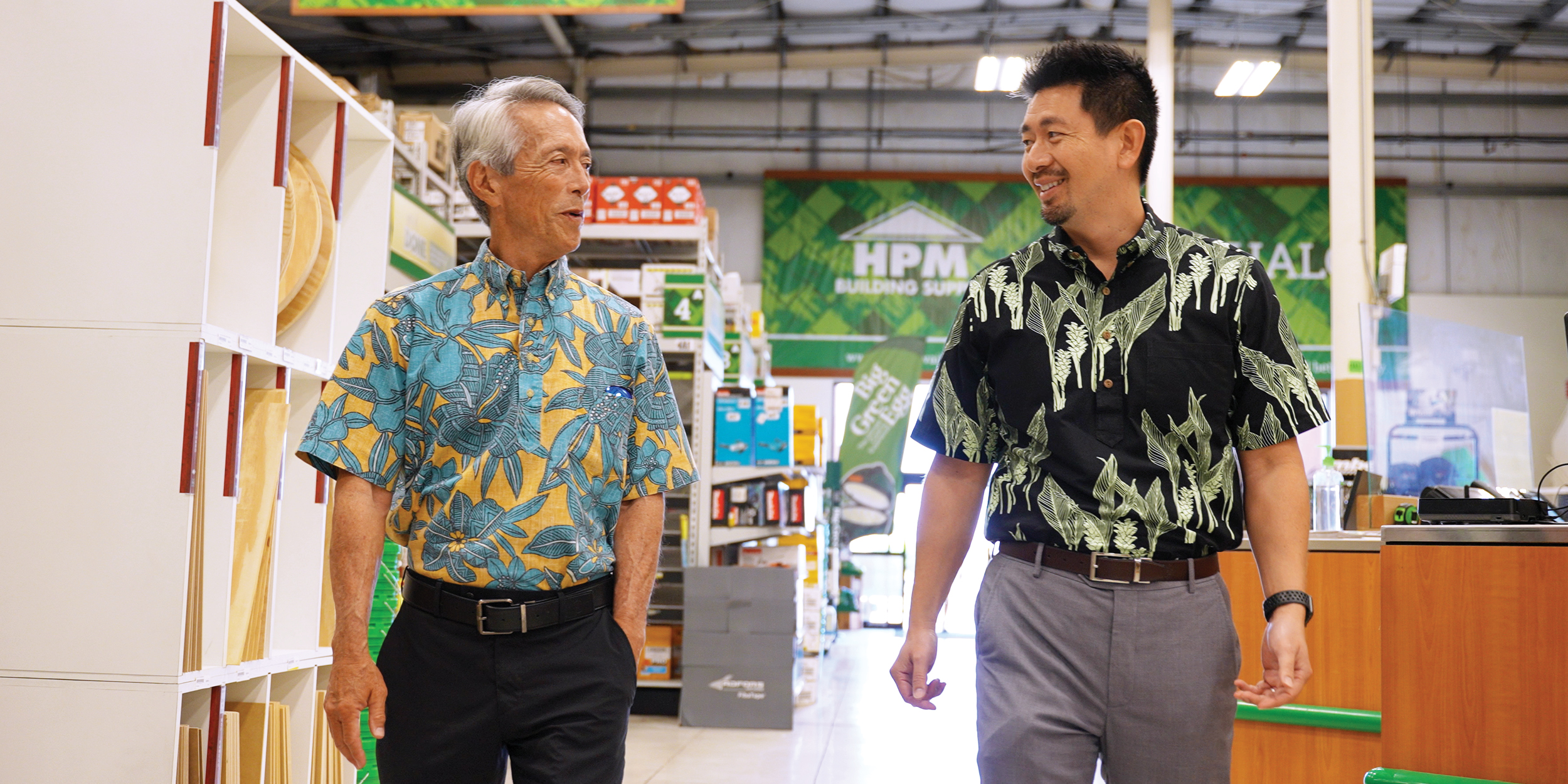 Here's to another 100 years of Building Better Together!

11. 3. 2021
To serve customers on the north and west sides of Hawaii Island, we have a store in Waimea and Kona. You don’t have to trek to the east side for your
Read More

Our Kauai customers enjoy our huge selection of remodeling and construction products in Kapaa and Lawai. We stock goods to improve houses inside and