Tony Cann remembers very vividly that first day with HPM in 1984. Tony, then just 22, was excused early from his facility maintenance job at the Waimea store because his wife was giving birth to their third child at the Honokaa Hospital.

That son is now 37 years old. “It’s a good way to remember my work anniversary and his birthday,” Tony said with a chuckle. 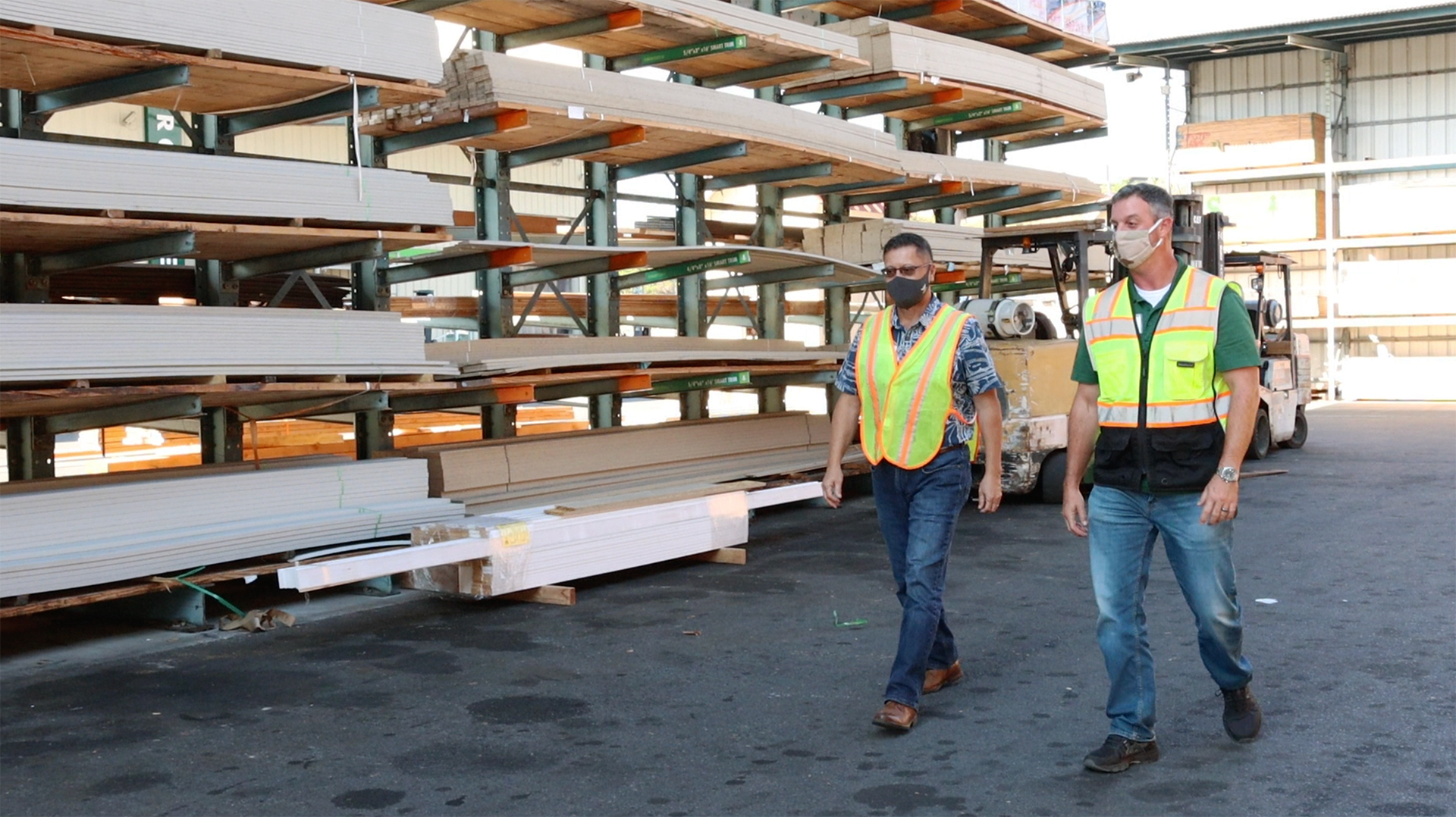 As the manager of West Hawaii sales the past two years, Tony's job is to work frequently with his region’s 50-75 top contractor customers to ensure the highest level of customer service possible.

“That’s the part of the job I enjoy the most,” he said. “Getting out and meeting our customers out in the field, talking story with them, finding out what they need, and then coming back and making sure they get it.”

Currently, Tony is responsible for the Home Design Centers in Kona and Waimea.

Tony said he’s appreciative that the Fujimoto family and HPM managers make everyone who works at the company understand their value to the team.

A big way the company takes care of its owners is through the Employee Stock Ownership Program that was established in 1977. Tony called the company’s ESOP “a game-changer” that really made a difference when HPM became 100% employee-owned in 2006.

“The amount of shares that owners could obtain were much larger and since then, we’ve made additional strides so that new owners that come get a larger percentage of their shares sooner than they could before,” Tony said. “It shows how progressive we are, and it really shows the young and new employees that they are viewed as owners.”

Establishing an ESOP and then becoming 100% employee-owned are rare accomplishments by themselves, especially among businesses that have been around so long. Tony said he feels extremely fortunate to be working for a company that’s been able to reach these landmarks in “a smaller state in the middle of the Pacific.”